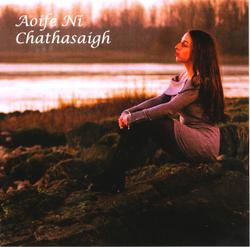 Aoife Ní Chathasaigh is a traditional singer and musician from Co. Clare, Ireland. She has a deep heart-felt love for the Irish singing tradition whether singing sean-nós songs as Gaeilge, in English or Folk songs. She was brought up surrounded by a wealth of traditional songs and music in her native County Clare. Her first exposure to the sean-nós singing was from the great Clare singer Séamus Mac Mathúna. Séamus’ passion and feeling in his singing is what influenced Aoife’s style the most. Aoife is delighted to be able to share a few of her favourite songs on this CD, not only from the Irish singing tradition but also two folk songs from the Scottish tradition. She hopes from listening that they too will become favourites of yours.