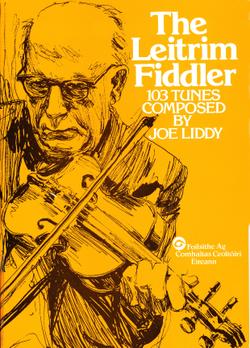 Excerpt from the introduction to the book by Pádraic A’Chnuic (Paddy Hill) an uncle to Noel Hill.

Joe had composed a few tunes in the thirties and forties - his first tune, a jig “The Black Road” (see page 10) was made in 1936 – but it was only in fairly recent years that he was able to devote much time to this pursuit and, in fact, most of his compositions date from the 1960s and ‘70s. In more recent times Joe has devoted his spare time to the work of Comhaltas Ceoltóirí Éireann being the mainstay of the Booterstown (later Monkstown) branch where young musicians have had the benefit of his teaching, advice and kindly company. We, the members of the Branch, had known for quite some time that he had, now and again, composed tunes of his own, but with characteristic modesty he had belittled his attempts, and it was only in recent times that we became aware of his dedication to this pursuit. We were amazed at the number and variety of the tunes, in fact, we are far from having a complete collection, for Joe is still composing prolifically, and has produced several new tunes within the past year. However, we have got together a goodly selection, and with Joe’s permission, we have decided to make them available to a wider public under the title “The Leitrim Fiddler”. We hope that this book will be a lasting monument to his genius and dedication and an invaluable addition to our store of published music. Musicians are invited to judge it for themselves and to take the tunes into the folk tradition of the nation; indeed several of Joe’s tunes are widely played amongst traditional musicians and we look to the day when Joe Liddy’s music will be played far and wide.